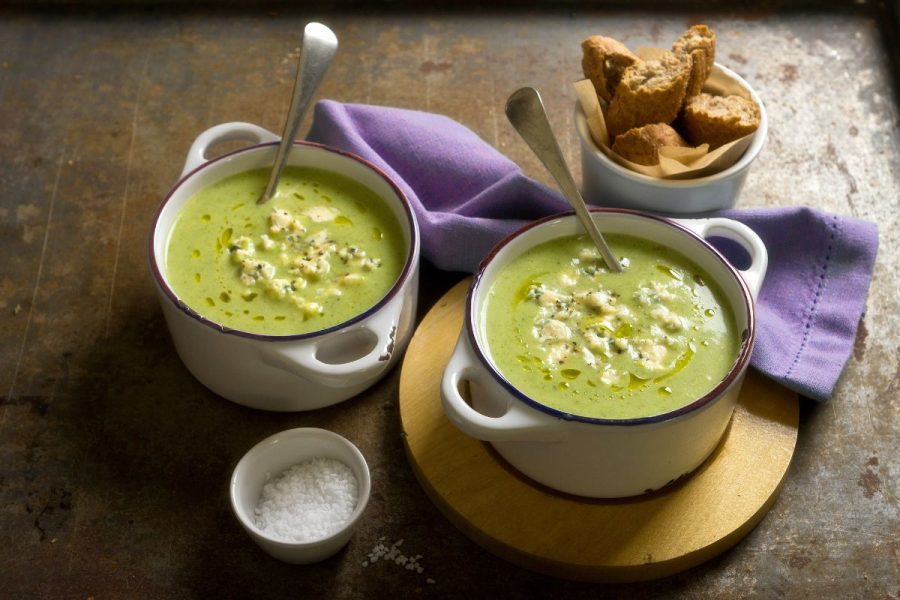 If you’ve been looking for a Cream of Blue Cheese Soup recipe, look no further, since we’re coming not only with one, but three variations for you today! We are going to discuss different ways to make the cream of blue cheese soup, and the different tastes you can achieve with different types of blue cheese in soup. We’ll also discuss how to make broccoli cheese soup, cauliflower and blue cheese soup, and a variation with potatoes and onions instead of the previous two. Believe me, all three will become the favorites of the whole family! Let’s dive into the land of cheesy soups!

So, as I said this cream of blue cheese soup recipe is a mix of three actually. We wanted to list together with the broccoli cheese soup, and speak about that option, as well as the cauliflower blue cheese soup. As a third option, you can use also potatoes.

If you make broccoli and cheese soup, the color will be different obviously, but as you already may know, the taste will be kind of the same as with cauliflower. However, if you use potatoes instead, that will make the soup more tender, and its color will be lighter, as well as of course the taste will change.

What are the best types of cheese for a cheese soup recipe?

When it comes to blue cheese in soup, the best way to choose the best cheese for your soup is if you already decided what vegetable you’re going to use to make it thicker. If you’re opting for cauliflower and blue cheese soup, or a broccoli & cheese soup, you can use Danish Blue, Roquefort. Bleu d’Auvergne, or Bleu de Bresse. However, if you’re opting for the potato variation, definitely go for really good quality, aged Gorgonzola. That will somewhat balance out the taste of the potatoes.

Now that we’ve discussed the cheese stypes, let’s see the variations for a Cream of Blue Cheese Soup recipe. When you pick broccoli cheese soup, you can obtain a stronger green color, while if you use cauliflower, the soup will be a light cream with blue tones.

In each case, if you’re doing the broccoli and blue cheese soup, or cauliflower versions, the soup will be creamier, and lighter. If you ask for our personal opinion, for us these two are the favorites. Making cheese soup with potatoes and maybe green onions aren’t a favorite for us. Basically, because we like the lighter version, and the potato has too strong a taste near the cheese which I personally don’t like. 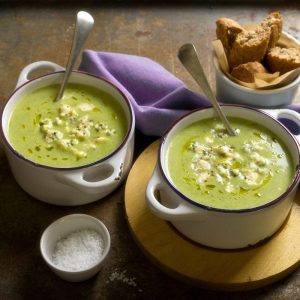 Wrapping up the Cream of Blue Cheese Soup Recipe

Now that we went through the tastest, colors, and textures of the broccoli & cheese soup, the cauliflower blue cheese soup, and the potato version, it’s time to see some other recipes! If you’re looking for other soups, go for a Hungarian chicken soup, or a French Onion Soup. For a second, you could pick maybe a Hungarian potato casserole, Salmon Wellington, or Wiener Schnitzel? We hope you found what type is good of blue cheese in soup and that you’re ready to make your broccoli and cheese soup! 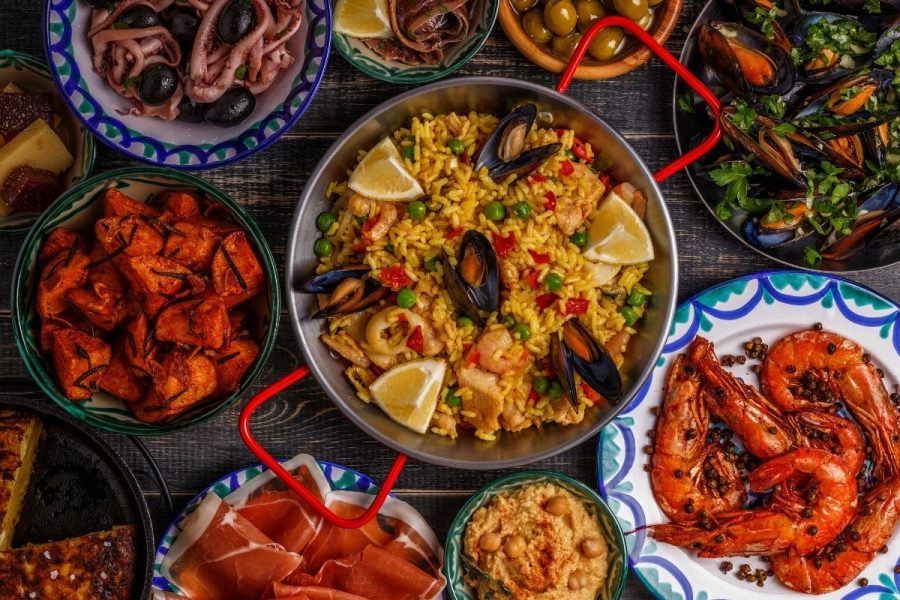 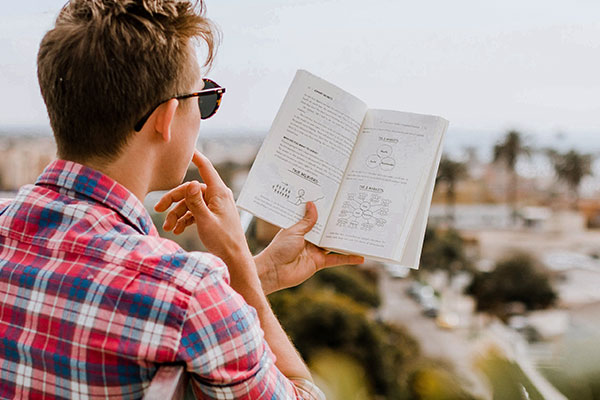 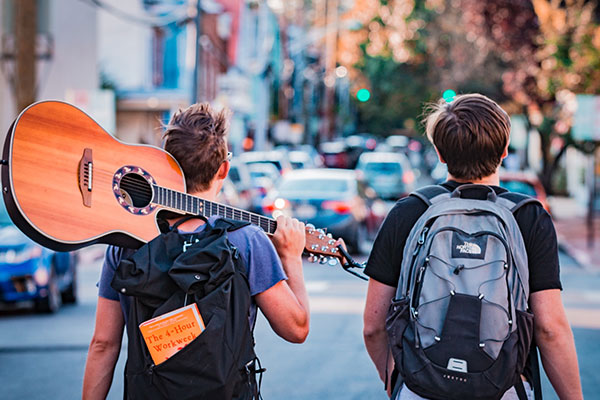 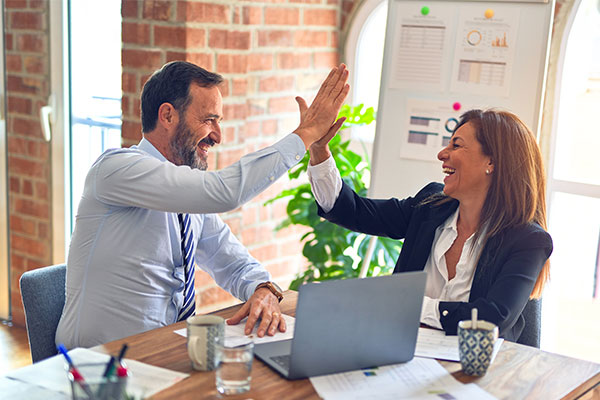 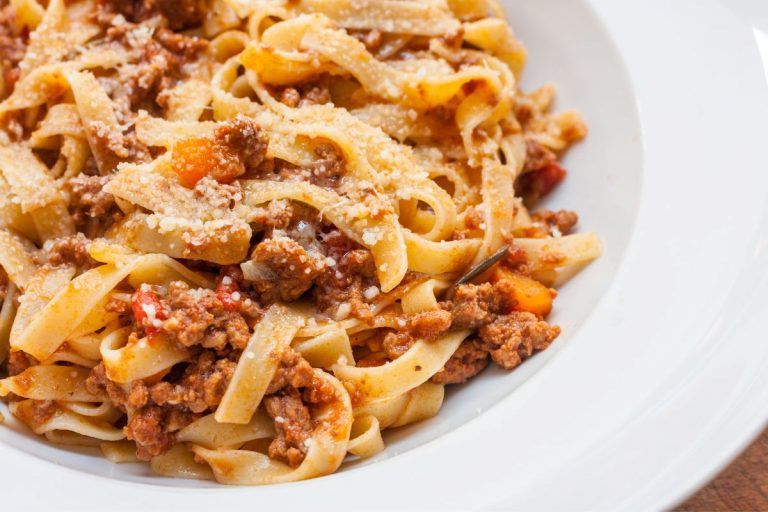 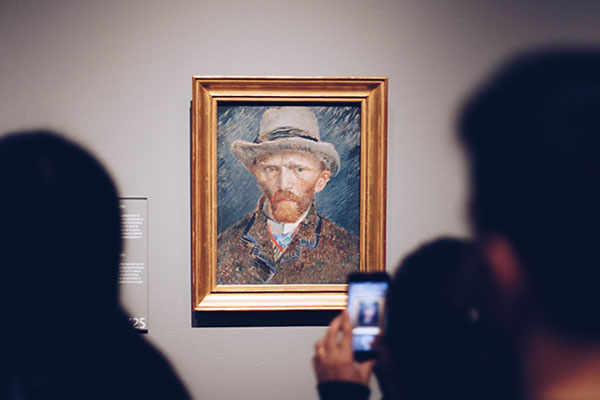